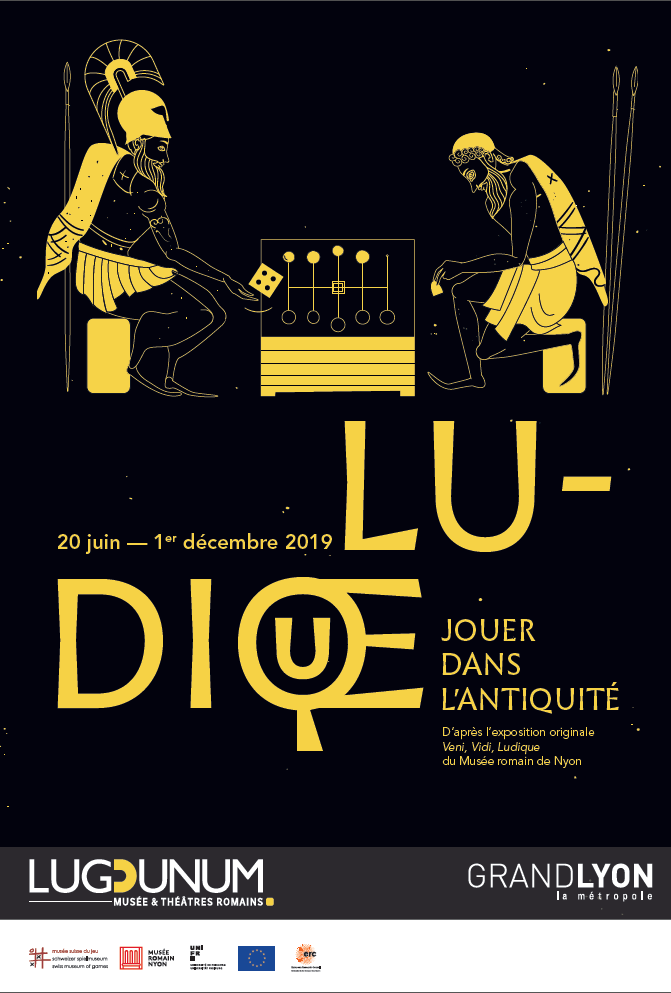 From time immemorial, playing has been part of man’s daily life. Antiquity was no exception to the rule. On the floor, in the forum, in the baths, in the theatre or on the steps of a temple, everyone played, even the gods. The Romans were very creative in terms of games, some of which still exist today. The Ludique exhibition presents games during Antiquity in all forms. Thanks to archaeological objects, many of which are very rare and rarely exposed, the visitor discovers games which our ancestors in Antiquity played, and can even be trialled in the dedicated space for games. In an original scenography in the form of hopscotch, the eight themes of the exhibition are staged in a "playful" way and in the form of sketches: the game is approached according to the different social functions that it occupied at the time.