Raoul Dufy was born in 1877 in Le Havre, France. It was in his hometown that he trained as an artist. Throughout his life the city remained a source of inspiration and its landscape a recurring theme, the sea and the magical quality of its natural light became the subject of many works.

The overarching theme is Dufy’s research of light and color using Le Havre as a canvas: from his first impressionist paintings, to the final series “Cargos noirs”, as well as his work in realism, fauvism, Cézannism, and what might be called his “blue-period” between the wars. The nearly 80 works presented in the show from these various periods, reveal the artist’s on-going relationship to the subject and place. At first accurately reproduced, the landscapes of Le Havre’s bay and of Sainte-Addresse are reworked, gradually synthesized and re-imagined over time. At the end of his life, far from Le Havre, weakened by his time in the war, Dufy revisits this subject time and again, a landscape that has now become part of him.

The exhibition at the MuMa brings together for the first time around this theme, a collection of artworks (paintings and watercolors) from both private and public collections in France, Germany and the United States. 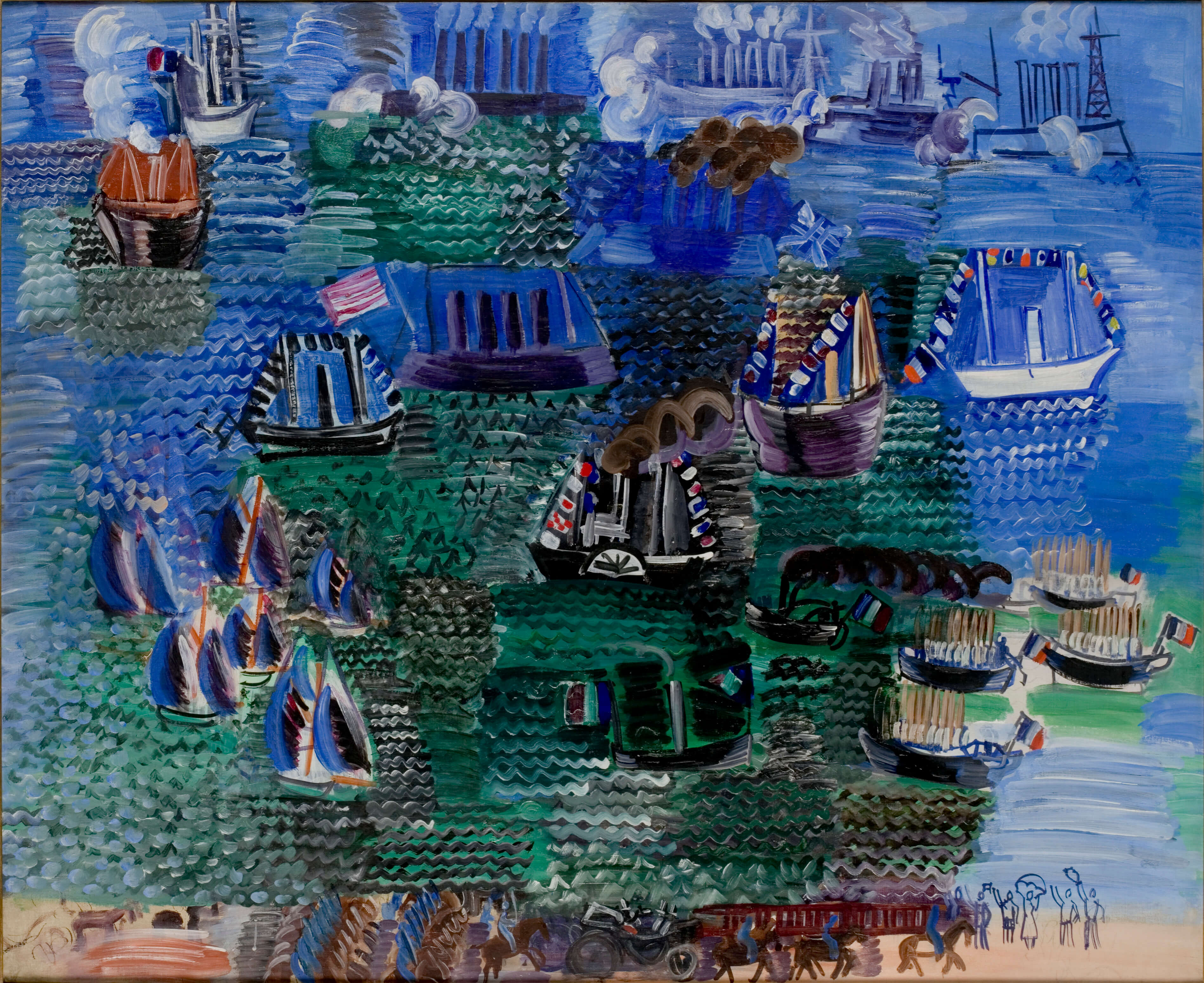