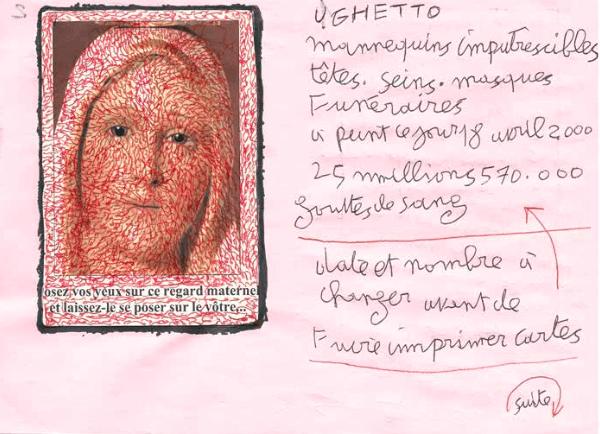 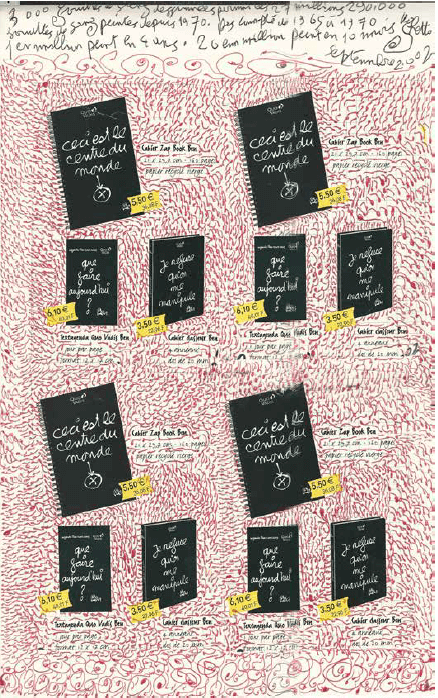 The drawings, collages and ink drawings of Henry Ughetto (1941-2011) question the relationship between truth and falsehood, between the living and the non-living. Henry Ughetto's practice is precocious as he started drawing at the age of 14, while working in a factory. To define his art, the artist refers to the trauma of his clinical death in 1963, fostering his desire for immutability and eternity. His anxiety of death is the reason behind his creating rot-proof mannequins. The precision with which the drops are dotted on the pieces are intended to fight time and death. His prose that is so clearly his own, at times child-like, dramatic, halting, laboured, as derisory as his self-portraits, is one of his hallmarks.