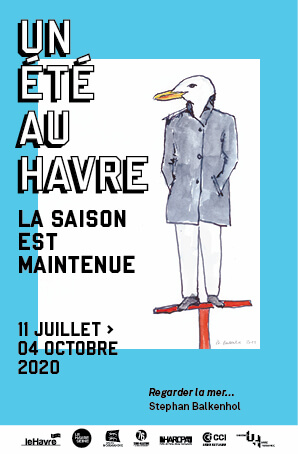 A Summer In Le Havre was launched in 2017 to celebrate the 500th anniversary of the foundation of the city and the port. This festive, varied, lively, and high-profile celebration was directed by Jean Blaise, on behalf of former Mayor Edouard Philippe. Under the artistic direction of Jean Blaise, several major international artists were invited to revisit Le Havre. In addition to the installation of modern artworks in public space, the artistic dialogue between the city and its residents is a major component of A Summer In Le Havre's DNA.